Over the last 40 years, while the musical film has faded from its historical high-point to a more isolated and quirky phenomenon, the dance film has displayed refulgent growth and surprising resilience. It has spawned profitable global enterprises (Billy Elliot), has fashioned youthful angst as sociological voice (Saturday Night Fever, Footloose, and Dirty Dancing) and acted as a marker of post-modern ironic camp (Strictly Ballroom). This modern genre has influenced cinema as a whole in the ways bodies are made dimensional, in the way rhythm and energy are communicated, and in the filmic capacity to create narrative worlds without words. Meanwhile, Bollywood has become a juggernaut, creating transportable memory for diasporic Indian communities across the world. This is an entire industry based on the 'dance number', where films are pitched around the choreography, where the actors are not expected to sing, but they must dance. This volume investigates the relationship between movement and sound as it is revealed, manipulated and crafted in the dance film genre. It considers the role of all aspects of sound in the dance film, including the dancer generated sounds inherent in Tap, Flamenco, Irish Dance and Krumping. Drawing on significant post-War dance films from around world, Movies, Moves and Music comprehensively surveys this mainstream genre, where image and sound meet in a crucial symbiosis.

Authors: Mark Evans, Mary Fogarty
Categories: Choreography
Over the last 40 years, while the musical film has faded from its historical high-point to a more isolated and quirky phenomenon, the dance film has displayed refulgent growth and surprising resilience. It has spawned profitable global enterprises (Billy Elliot), has fashioned youthful angst as sociological voice (Saturday Night Fever,

The Singing Voice in Contemporary Cinema

Authors: Mark Evans, Diane Hughes
Categories: Music
This volume focuses on the singing voice in contemporary cinema from 1945 to the present day, and rather than being restricted to one particular genre, considers how the singing voice has helped define and/or confuse genre classification. Typically heard in song, the singing voice is arguably the most expressive of 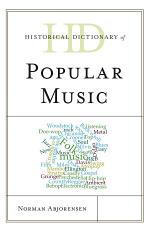 Authors: Norman Abjorensen
Categories: Music
The Historical Dictionary of Popular Music contains a chronology, an introduction, an appendix, and an extensive bibliography. The dictionary section has over 1000 cross-referenced entries on major figures across genres, definitions of genres, technical innovations and surveys of countries and regions. 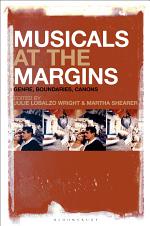 Musicals at the Margins

Authors: Julie Lobalzo Wright, Martha Shearer
Categories: Performing Arts
But is it a musical? This question is regularly asked of films, television shows and other media objects that sit uncomfortably in the category despite evident musical connections. Musicals at the Margins argues that instead of seeking to resolve such questions, we should leave them unanswered and unsettled, proposing that 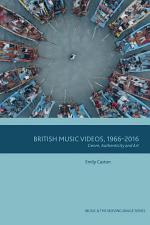 Authors: Caston Emily Caston
Categories: Music
Based on new archival evidence and interviews, and setting out a new theoretical framework for music video analysis, Emily Caston presents a major new analysis of music videos from 1966-2016, identifying not only their distinctive British traits, but their parallels with British film genres and styles. By analysing the genre,