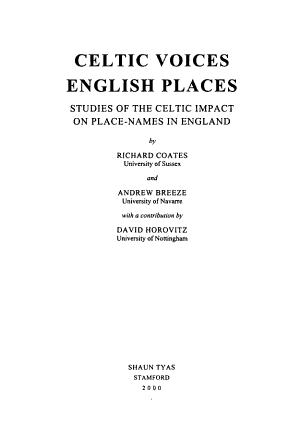 This combination of catalogue and analysis argues that many more major place names in England predate the Anglo-Saxon invasion than has previously been thought. Others enshrine early names with a complex structure, often reflecting the influence of geographical features. Introductory chapters examine names with a non-Celtic origin, including London, Brittonic river names, such as Poulter, Test and Weaver, and early Irish names in England. Regional chapters contain fully-referenced articles which trace the development of specific names through Saxon and medieval sources, notably Domesday . A number of the articles have been previously published in journals but have since been revised. Includes a gazetteer of names. 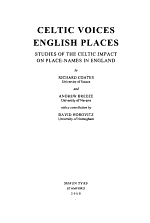 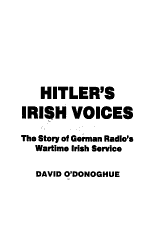 Authors: David O'Donoghue
Categories: Germany
Tells for the first time the history of German Radio's wartime Irish service from 1939-1945. As well as desrcibing in details the radio station's on air operations from Nazi Germany, it also provides in-depth profiles of those involved and the service and what became of them after the war. It 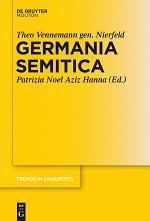 Authors: Theo Vennemann gen. Nierfeld
Categories: Language Arts & Disciplines
Germania Semitica explores prehistoric language contact in general, and attempts to identify the languages involved in shaping Germanic in particular. The book deals with a topic outside the scope of other disciplines concerned with prehistory, such as archaeology and genetics, drawing its conclusions from the linguistic evidence alone, relying on 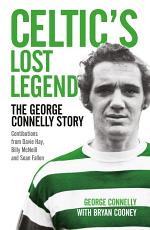 Authors: George Connelly, Bryan Cooney
Categories: Biography & Autobiography
The incredible truth behind the legend of George Connelly Hailed as the greatest Scottish talent of his generation, George Connelly made 254 appearances for Celtic and played in the Scotland team that qualified for the 1974 World Cup Finals. But at the age of 26 he walked away from football