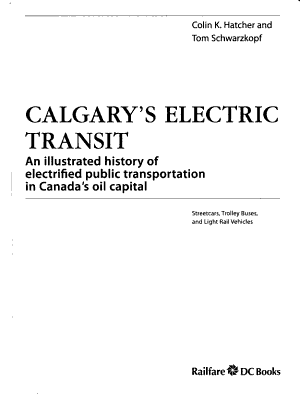 Calgary's Electric Transit is the story of electric street railway, trolleybus and light rail vehicle transit in Canada's western city of Calgary, Alberta.Calgary was founded in 1875, when the North West Mounted Police established a new fort Fort Calgary. A big boost for Calgary came eight years later, when the Canadian Pacific Railway building westward to the Pacific reached the Bow River in 1883. Calgary became an important centre for Canadian Pacific operations and has since become the railway's headquarters location. By 1909, Calgary boasted a population of 30, 000 people. In July of that year the Calgary Electric Railway began operations with two cars, sixteen employees and three miles of track. The system quickly grew and the following year became known as the Calgary Municipal Railway. Through its forty years of street railway service, Calgary acquired passenger cars from such well-known Canadian builders as Ottawa Car Manufacturing Company, Preston Car & Coach Company and the Canadian Car & Foundry. In addition, the system's roster included used cars from several sources in the United States. Totalling 113 cars in all plus a scenic car it has been a daunting task to secure photos for this book. Many superb images have been discovered, illustrating the operation of streetcars in different sections of the city. There are over 150 streetcar photos. Finding trolleybus photographs has been a challenge as well, but the authors have succeeded in gathering a fine selection representing all classes of 'trackless trolley' coaches purchased new and acquired used from other US systems. You'll see streetcars and trolleybuses operating in the city centre, in the rural suburbs, and in residential neighbourhoods. Coverage of today's modern rail transit cars is outstanding. Now called 'light rail vehicles', all classes of these LRVs are represented, operating in all seasons, and over most portions of the system, illustrating the many varied and unique Calgary urban environments. Rich, carefully composed black and white photos are rounded out with a fine showing of subjects in colour. There's a variety of photos to interest everyone with an interest in the development of Calgary as a city: the construction of 'The Bay', early scenes in Bowness Park, and some views of the streetcars serving seemingly unpopulated fields that today are thriving subdivisions. Whether you're a railway enthusiast or simply interested in Calgary's history, you'll find Colin Hatcher and Tom Schwarzkopf's 200-page account of Calgary's Electric Transit a fascinating, informative and enjoyable reading experience. 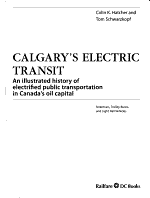 Authors: Tom Schwartzkopf
Categories: Métros légers
During the 1880s, widespread availability of electricity was a modern wonder. It allowed fast electric transit vehicles to replace the traditional horse--drawn conveyances. Initially these streetcars (or trams) travelled on steel rails, but soon trolley coaches, with their rubber--tired buses began to dominate, because they proved more maneuverable streets increasingly 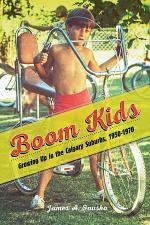 Authors: James A. Onusko
Categories: History
The baby boomers and postwar suburbia remain a touchstone. For many, there is a belief that it has never been as good for youngsters and their families, as it was in the postwar years. Boom Kids explores the triumphs and challenges of childhood and adolescence in Calgary’s postwar suburbs. The 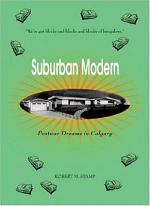 Authors: Robert M. Stamp
Categories: History
While avant-garde modernism disrupted the art salons, architecture schools, and design studios of the world's more sophisticated urban centres in the 20th century, Calgary slept through the cultural upheavals as a provincial backwater. Calgary's initiation to modernism might be dated to February 13, 1947, when Imperial Oil blew in its 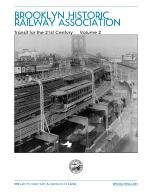 Authors: Bob Diamond
Categories: History
Books about Electric Transportation For The City of New York In The 21st Century Volume 2